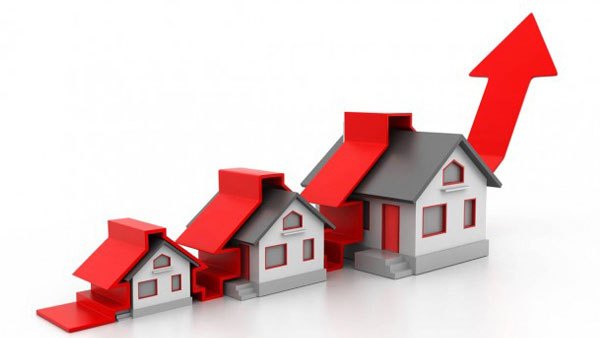 Let’s start with a certainty: in 2019 the growth of the real estate market continued, following the overall upward trend of the last three years. A certainty confirmed by numbers and statistics: if in 2017 there were 542,480 trades in the Bel Paese, in 2018 they reached 578,647 (with a growth of 7%) to finally reach in 2019 to break through the roof of the 592,000, for a volume of turnover of 110 billion euros (according to a forecast estimate drawn up to date, editor’s note).

Although the credit dynamics still partly reflect the uncertainty of the national economic scenario, the real estate world therefore has the strength to go against the trend. It resists and relaunches, driven by the strong ownership will of Italian families. In particular, as highlighted by the Observatory on the real estate market published in November 2019 by Nomisma (Bologna-based study and research company), the second quarter of last year recorded by far the highest response from 2007 to today regarding the purchase intention, as always higher than the actual number of transactions concluded.

Among the most interesting surveys there is the one on the relationship between mortgage lending and residential sales. If in fact in the first quarter of 2019 the aforesaid was in line with the previous year – with an increase in sales and purchases despite a stagnation in the credit disbursement – in the second quarter we witnessed a significant drop in mortgages, compared to a decrease only slight in the number of real estate purchases. This consideration leads on the one hand to reflect on the incidence of mortgages (dropped from 58.2% to 51.8%), on the other to note a progressive orientation towards the autonomy of Italian families, which animate the trend of sales even without use credit despite low interest rates.

The well-known real estate portal immobiliare.it provided curiosity about price trends, especially as regards the last month of 2019: in December along the boot the highest value was reached in Valle d’Aosta, with 2,961 euros per square meter. The lower one? In Calabria, where it went down to 961 euros. Comparing the prices region by region, on average for the residential properties for sale 1,930 euros per square meter were requested, with an increase of 0.14% compared to the same period of 2018.

The data that most induces reflection, and insinuates some doubts about the real potential for national growth in the sector, is the evident rift between the areas of Italy. On the one hand, the economy has started running again – or at least walking – and 2019 has followed the positive trend of the last years. As a result, the real estate sector benefited from the economic situation and followed the expansive wave especially in Milan – the driving force and guide at the national level – but also in cities such as Bologna or Padua, which showed encouraging progress. On the other hand, on the contrary, the stagnation of the global picture (including tourism) inevitably falls on the state of the market which, as we will see, is struggling to show evident signs of development. In this sense, Rome and Genoa are the red lights that signal the gap with the most prosperous areas. Considering the main capitals and, consequently, the national context, the purchase and lease requests remain high: the first is slightly increasing, the second slightly decreasing compared to 2018, according to trends that remain constant from 2013 to today ( for example, seven years ago, the purchase demand covered 36.3% and the lease demand the remaining 63.7%, while in 2019 the percentages were respectively 52.2% and 47.8% ). This demand is matched by a significant and tendentially growing offer in the branch of the sale, as opposed to a rental offer that has been falling for some years.

Today the sector is driven by the confluence of purely economic factors (income, wealth, employment and credit) with elements related to the attractiveness of the urban context. In fact, the prospects for expansion and redevelopment that Municipalities can present to those who interface with real estate are also influencing demand. This consideration leads us to reflect on how much more important the urban development of the context is and how much the real estate market is the tip of an iceberg that has its roots in a wider context.

Also in this case the gap between the main national metropolitan realities is wide. The figure that best reflects this heterogeneity relates to the demand for the purchase of properties in the city, expressed by residents in other Municipalities of the Province: if in Milan the share of suburban demand is 33% – Bologna, Padua and Florence follow with 27.4% , 27.3% and 25.9% – in Palermo it stands at a laughable 14.2% (Turin is 16.8%). The figures not only confirm the gap already highlighted above, but lead us to think that if the less performing cities were not to make a change in terms of design and redevelopment, there could be a further tightening of the differences, to the detriment of the sector as a whole. In addition, the drop in new housing in terms of construction is worrying: if at the beginning of the 2000s the Italian average was 230,000 units, it currently stands at around 50,000.

In the residential area, the forecast framework is timidly optimistic. The economic stagnation that has characterized the country for over a year does not seem to affect the real estate market beyond subtle physiological repercussions, which in fact have not affected and should not affect the number of sales from 2020 onwards. Again according to Nomisma, however, the signs of contextual weakness should determine a contraction in the settlement action in the first half of this year, while in the second one there should be a new recovery capable of compensating for the first half and closing the year with a overall number of sales slightly lower than in 2019 (about -0.4%). Structuring a long-term analysis, the 2021-2022 two-year period should follow the positive wave, leading to an overcoming of 600,000 intermediaries (about 634,000 at the end of 2022).

On the price side in 2020 we should see an average increase of 0.2%, (with an upward trend up to +1.1% in 2022), within which the already highlighted discrepancies between areas will coexist: Milan should record +2.3%, Rome instead should settle at -1.2%; in the middle there will remain an extremely large and varied constellation of percentages.

In conclusion, growth in the sector continues to be a reality, but for the market it is increasingly necessary to interface with the national macroeconomic situation.